What you're really seeing when you watch Cesar Millan - Dr. Marty Becker

What you’re really seeing when you watch Cesar Millan

Mikkel Becker, a dog training professional who trains in combination with numerous veterinarians and veterinary behaviorists, and Dr. Marty Becker, a veterinarian with nearly 37 years in practice and founder of the Fear FreeSM initiative, share their thoughts on a recent incident involving television dog trainer Cesar Millan. After an episode of Cesar 911 appeared […] 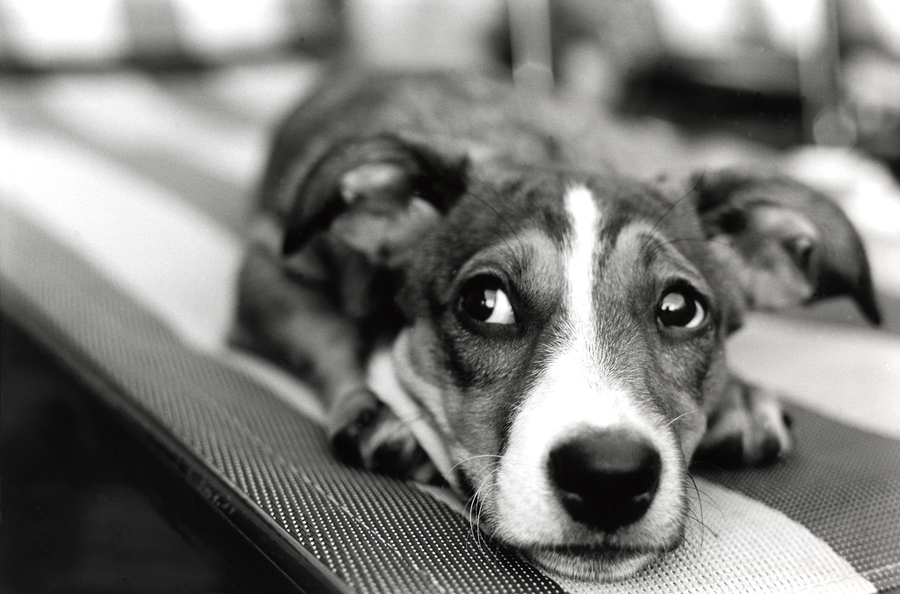 Mikkel Becker, a dog training professional who trains in combination with numerous veterinarians and veterinary behaviorists, and Dr. Marty Becker, a veterinarian with nearly 37 years in practice and founder of the Fear FreeSM initiative, share their thoughts on a recent incident involving television dog trainer Cesar Millan.

After an episode of Cesar 911 appeared to show him setting up pigs as bait to “train” a dog with a history of killing two pigs, Cesar Millan’s training tactics prompted a massive public outcry as well as an animal cruelty investigation. The episode was so concerning to the American Humane Association they’re now asking to monitor the care and treatment of animals on reality television, not only movies and scripted television as they currently do.

We don’t pretend to know what is in Mr. Millan’s heart, but he appears to be speaking out of limited understanding, and truly believes what he does is justified and helpful. Because he lacks a background in science-based learning theory, behavior, and certification, we can see how he may misinterpret why dogs do what they do and what they’re actually “saying” with their body language and behavior.

Because Mikkel has that background and training, we’d like to share her thoughts on what we saw happen on the episode, why it was problematic, and ultimately why there’s a better way:

Unrealistic expectations of the dog

Imagine being told that because you’re terrified of bugs, you’ll be forced to live with them crawling on you all the time. You’re not allowed to run away or fight back in any way.

That’s what it would be like for a dog with this one’s history to be told he has to be near numerous pigs, but can’t flee or show aggression. It becomes a situation that’s inhumane and abusive for the dog, and puts the pigs at serious risk of injury, as happened in the episode. Expecting a dog who has a history of extreme aggression and visible signs of fear around a pig to get along well with pigs and never flee or aggress is in every sense unreasonable.

Additionally, to have to endure something you’re terribly afraid of and to be prevented from reacting is extremely cruel. This practice is known as “flooding, “and it occurs when an animal or person is exposed to a situation they’re terrified of, but prevented from escape or getting it to stop no matter what he does.

When a dog becomes overly stressed and realizes he can’t get out of the situation no matter what he does, he shuts down and moves into a state of learned helplessness (what Mr. Millan calls the “calm, submissive state”). The animal gives up trying, because he’s found nothing he can do to save himself.

I myself was in an emotionally abusive relationship, which sent me into a state of learned helplessness. I felt defeated, helpless, deflated, and nearly devoid of all hope. There’s no calm for anyone who is in that state. It’s a state of agony that’s fueled with extreme fear and depression.

When I saw the dog being tied to the pig at the end of the show, my heart dropped. This is putting both the pig and dog in danger in a situation that’s extremely frightening to both. Dogs and pigs both are intelligent creatures with lasting memories who are likely to be upset when their last encounter was an attack – and now they’re tied together without ability to move away.

To some it may appear the dog who has been subjected to this process is “better” because he’s stopped the problem behavior (biting, chasing, etc.). Internally, however, the dog is anything but calm. He is still likely to engage in the problem behavior, which is also likely going to escalate because the dog’s emotional state has been intensified rather than resolved or replaced with a preferable behavior.

The dog in this incident kept trying to get away, look away, move away – all behaviors I as a trainer would reward and teach, because they’re the opposite of aggressing and are an acceptable behavior in this situation. Instead, the dog was forced to stay near the animal against his will. His body language displayed a fearful, stressed, and avoidant dog who was anything but happy in the situation. With each animal he met thereafter, I saw a dog who was very afraid and prevented from doing anything to save himself, even flee.

I would challenge anyone watching Cesar 911 or any type of training to actually look at the body language of the dogs. When you see a tightly closed mouth, lips retracted backwards, paw raises, turning head and body away, backing away, lip licks, shaking off, furrowed brows, or shifting eyes, these are all signs of stress. The dogs may appear to be “fixed” when in reality they’re terrified to do anything for fear of being aggressed against. The dog stops doing anything in that moment, but long-term, his behavior is likely to get worse.

Unlike conditioned reinforcers like the sound of a clicker or word like “good,” which mean a reward is coming, the use of gestures like taps or sounds like “shhhh” are conditioned punishers. Much like the beep of an invisible fence warns the dog he’s getting close to the line and is going to be shocked if he continues, the warnings are a reminder to the dog that he’d better stop or something bad is going to happen. These cause the dog’s to operate in a state of fear led by force. People may want the dog to learn from this, but in reality, he can’t do much of anything except shut down.

There are ways to resolve problem behaviors that don’t put the physical and psychological health of dogs and people in jeopardy.

A dog should always have a choice to move away, and never be forced to endure or “face his fears,” especially if he’s going to be corrected for showing an emotional reaction and behavior in self-defense.

It’s very upsetting to see a dog who is corrected for moving away from the pig, who is dragged on leash to face his fear with the pig, who is corrected for telling the pig in more subtle ways he needs space, and ultimately forced to aggress to save himself. What I would do would be to help the dog feel better by resolving underlying fear and helping him feel relaxed in the environment. I would do so by using a variety of training methods and tools, including starting at a distance and using gradual exposure, rather than flooding a dog to the point that he tries to flee for his life.

Management with barriers and separation unless directly supervised, long-lines, or muzzles are possible measures that could accomplish this while keeping the dog and pigs safe. In learning tasks such as “leave it,” move away, “touch,” sit, down, heel and other behaviors, the dog can be taught skills that are worthwhile and end with positive results. When a dog feels better emotionally about a situation, the problem behavior almost always fades along with it.

Additionally, veterinary oversight ensures the entire pet is being treated and employs potential medical evaluation and treatment if necessary, along with the use of medications and supplements when deemed appropriate. It’s crucial that training methods be based in science, and that a team approach be utilized that can engage the primary care veterinarian and a veterinary behaviorist. Many behavior problems have their roots in medical problems such as undiagnosed pain or underlying diseases. Those must be ruled out and, if not ruled out, treated, before behavior modification can begin.

Why not just stop watching?

As a trainer I’ve watched numerous episodes of Cesar 911 to better understand what people are seeing so I can be an educated participant in discussions as to why I would or would not use a training approach they’ve seen on the show. As upsetting as the recent episode was, I can truthfully say it’s not the only one that depicted controversial methods that are at the expense of the animal.

I find it imperative that more television shows feature training that’s based in kind, effective methods primarily based in positive reinforcement rather than punishment.

Most of all, I believe it’s essential people understand what they’re actually seeing and why the dogs are acting the way they are. What may look like a resolved issue in many cases is temporarily inhibited behavior and an even more stressed-out, fearful dog who eventually will escalate.