People and pets caught in domestic violence: A personal story

It’s a terrible truth that many victims of domestic abuse and violence are kept in danger because their abuser threatens to harm the family pets. This truth is all the more terrible because that’s exactly what happened to Dr. Marty Becker’s daughter, Mikkel Becker. In recognition of National Domestic Violence Awareness Month, she shares her […] 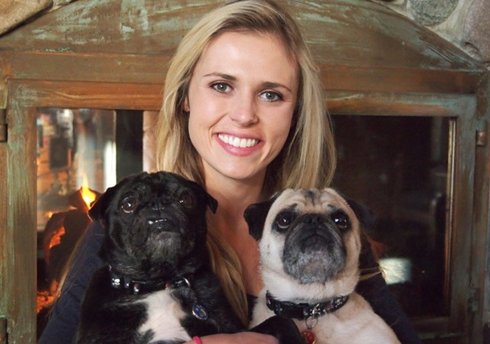 It’s a terrible truth that many victims of domestic abuse and violence are kept in danger because their abuser threatens to harm the family pets. This truth is all the more terrible because that’s exactly what happened to Dr. Marty Becker’s daughter, Mikkel Becker. In recognition of National Domestic Violence Awareness Month, she shares her story, and a new hope for other women in abusive situations and their pets, here.

Alone. Abandoned. Without hope. Those are the feelings I grappled with in those vile, disturbing, distanced moments when I forgot who I was – faced with all that I had become, and all the while afraid I would never again find myself and the real heart that had hidden beneath the hurt.

The relationship didn’t start out bad. But, little by little, the more entangled I became, the worse it became. Lies, manipulation, twists of truth, and shifting blame all held me captive to confusion and a state of overwhelm. I didn’t see the danger coming.

I’ve always been a “Pollyanna,” constantly looking for the best in people. Maybe that’s why I held on for too long to the hope things weren’t really the way they were, and the idea that things could change. I wanted them to change. I needed them to change.

Thinking back to who I was in those moments, I was held in the trap that many women in domestic abuse face: a vice of manipulation, control and unpredictability. Nothing made sense anymore, including my own feelings, my own thoughts, or my relationships. The core relationships that once held me strong were peeling away, one by one. I was powerless.

I kept trying to avoid the emotional abuse. To escape. To fight back when I could. I did… but then I didn’t. I gave up. I stopped trying. I stopped moving. I stopped being who I was, giving it up for a state of in-between where I wasn’t really anyone at all – or at least, not a person I could relate to.

I felt like I was facing ever-mounting, terrible consequences that I wanted to escape. But the more I tried to change, or the more I wanted things to be good, the worse things became. When without rationale or reason he would go back to being the charming, vulnerable, funny man that I once knew and trusted, I would begin to let down my guard in hopes that this time he really was the person I could trust; after all, I married him, right?

Dogs and other animals can feel the same exact thing that I felt then. It’s called learned helplessness.

Learned helplessness is a state where the person feels they can’t take action, because nothing they do works to stop the pain or fear. Why do people or animals give up rather than get on with their life? Well, for me, as it is for many dogs and animals trapped in an unpredictable, seemingly unending cycle of punishment and nonsensical tyranny, it’s the feeling of being completely out of control. It’s feeling powerless over what happens to you, unable to predict what’s going to happen, and unable to change the situation to get life back to the place you want it to be: safe and happy.

For many victims of abuse and domestic violence, threats against pets keep them from leaving, either because they fear what will happen to their pets if they leave without them, or because the abuser threatens the pets in order to control the victim. I know this from personal experience, because the fear of harm befalling my Pugs Bruce and Willy, or having one taken from me if I refused to submit or ended the relationship, kept me emotionally handcuffed to the person I most needed to escape.

I didn’t know it then, but I know it now: I wasn’t alone in remaining imprisoned in an abusive relationship for reasons that included fear of what would happen to my pets.

Starting in 2013, the Urban Resource Institute (URI) and Purina began working together to create and expand safe emergency housing for victims fleeing domestic violence and their pets in New York. The research that ultimately drove the launch of URIPALS (URI People and Animals Living Safely) revealed a terrifying pattern:

Because of my helplessness, depression, and fear, I stayed imprisoned in my abusive situation. I was resigned to my fate and in fact, had come to believe that I deserved nothing more. I likely would have remained in that emotional desert and stayed subject to his unpredictable changes of mood and anger were it not for the threat to my dogs.

The incident was over in an instant, but I remember all of the details down to the twisted rage on the man’s face and sheer terror in my dog Bruce’s eyes when it happened.

It began while I was in my bedroom and suddenly heard a screeching, shrieking scream. I bolted to the hallway and found him with a clenched fist raised over Bruce’s face while his other hand pinned him helplessly to the ground. He appeared locked and ready to deliver another blow before my presence intervened; his violent plans were likely thrown by the unanticipated scream of Bruce, who didn’t take the abuse in silence.

What I felt in that moment was a myriad of devastating emotions: from heartbreak, to terror, to repulsion, to fury, to shame. I grew up with an understanding that anyone who mistreated or hurt an animal was full of evil. And in that moment, I had the shocking revelation that I was in a relationship with a person whose inner character was dark enough to hurt a helpless, innocent animal.

I knew he had major problems, but never did I realize just how dangerous he was until that instant. No longer could I make excuses for him, give the benefit of the doubt, or cling to a seed of hope that one day he’d morph back into the good person he once seemed to be, or on rare occasion briefly became again. Then and there, I knew without a doubt he would never change, and that the real man was right there before me in all his darkness.

I swept Bruce up into my arms, cradling him like a baby, ready to defend him. As weak as I had been before, I was strong in outrage then. In my fierce anger and protectiveness, I set the first firm boundary I’d ever established in the relationship: I told him that should he ever threaten or touch either dog again in a harmful way, I was calling the police and leaving for good.

For me, taking such a strong stand was major, because my confidence and inner voice were increasingly depleted to the point it was difficult to access them any longer. But as positive as the change was, to this day the greatest regret of my life is that I didn’t call the police to report him and what he’d done. I feel I failed my dog for not doing so, and for that I feel grieved. I’ve forgiven myself now by the grace of God, but I also have pledged that should I ever again see abuse, I without question will take legal action to report it.

I also should have left, but I didn’t. At the time, I naively felt false responsibility for my role in the relationship. I responded to his tearful, pleading remorse by giving him another chance. And I feared what would happen if I did take action, anxiously anticipating the great likelihood he’d use his infamous charm and sweet as honey lies to weasel his way out of trouble. What I’d be left with would be fiery retaliation – a side of him I was terrified to face.

He made good on his agreement to never again harm the dogs, but I also gave him little opportunity to do so. From that point on I was ever-vigilant, living out a survival scenario in my own home where I was constantly on guard for any threat against my dogs or myself.

Thankfully, life with him didn’t get better for me, but little by little worsened. I say thankfully, because had it not gotten worse, I may have put up with the emotional abuse and neglect for many more years. The new level of heartbreak gave me the impetus to break my silence and speak to loved ones who I’d distanced myself from out of shame and fear.

My family begged me to leave the relationship, and I wanted to, but my great hesitation was the unsettled worry of what would happen if he somehow got one of the Pugs. I was especially distraught at the prospect of being unable to physically protect my boys should I no longer be there to keep watch and keep the man’s hand from again delivering abuse.

When the worsening situation left me with no choice, I finally acted. Driving away, I was in hysterical sobs, partially from relief, but mostly in grief and fear of the potential loss of one of my dogs, and the danger they faced as a result of my departure.

Despite my distress, deep inside of me I felt a reassured calm that God was going to take care of us and would work the situation out for good. My constant prayer during those days of separation and the resulting legal battle was to please, please let me keep my two dogs, and for him to surrender any claim he wanted over them.

The untold number of prayers for my dogs in the end did result in only a short term separation. By the grace of God they were both given to me in what was the rainbow at the end of a years-long storm of suffering. The Pugs who devotedly held me up during the devastation and whom I’d suffered to protect were finally safe and free; the three of us together beginning our healing and new lives together.

Not everyone is so lucky, or has a family to support them both personally and legally – without that help, I’m not sure I’d have been reunited with my dogs. That’s a terrible choice faced by so many who can’t find one of the few shelters that allow pets.

Thankfully, in addition to the groundbreaking URIPALS program in New York City, there are increasing numbers of domestic violence shelters across the country that are open to all members of the family. I hold everyone trapped in abuse in my prayers, and also pray for a day when shelters like the one started by the URI and Purina in New York are in every community.

My life began anew the day I drove away. My daughter, Reagan, and I still live with Willy as well as my new husband, Ben, who is a loving and wonderful partner. Bruce is with God now, but was blessed to live out his years surrounded by the love and safety we all deserve.

That’s my hope for every person trapped as I was trapped for so long: That they can find a safe haven that supports both pets and people, giving the human and animal family members to comfort and support each other as they begin a journey to healing.