The amazing healers working to save Cabela, the dog shot and tied to train tracks in Florida - Dr. Marty Becker

The amazing healers working to save Cabela, the dog shot and tied to train tracks in Florida

What do you do when you meet a dog who was shot and tied to train tracks by monsters who wanted to see her die? How can you even imagine she could trust a human being ever again? In the case of Cabela, you rub her tummy and accept her loving kisses — which is […] 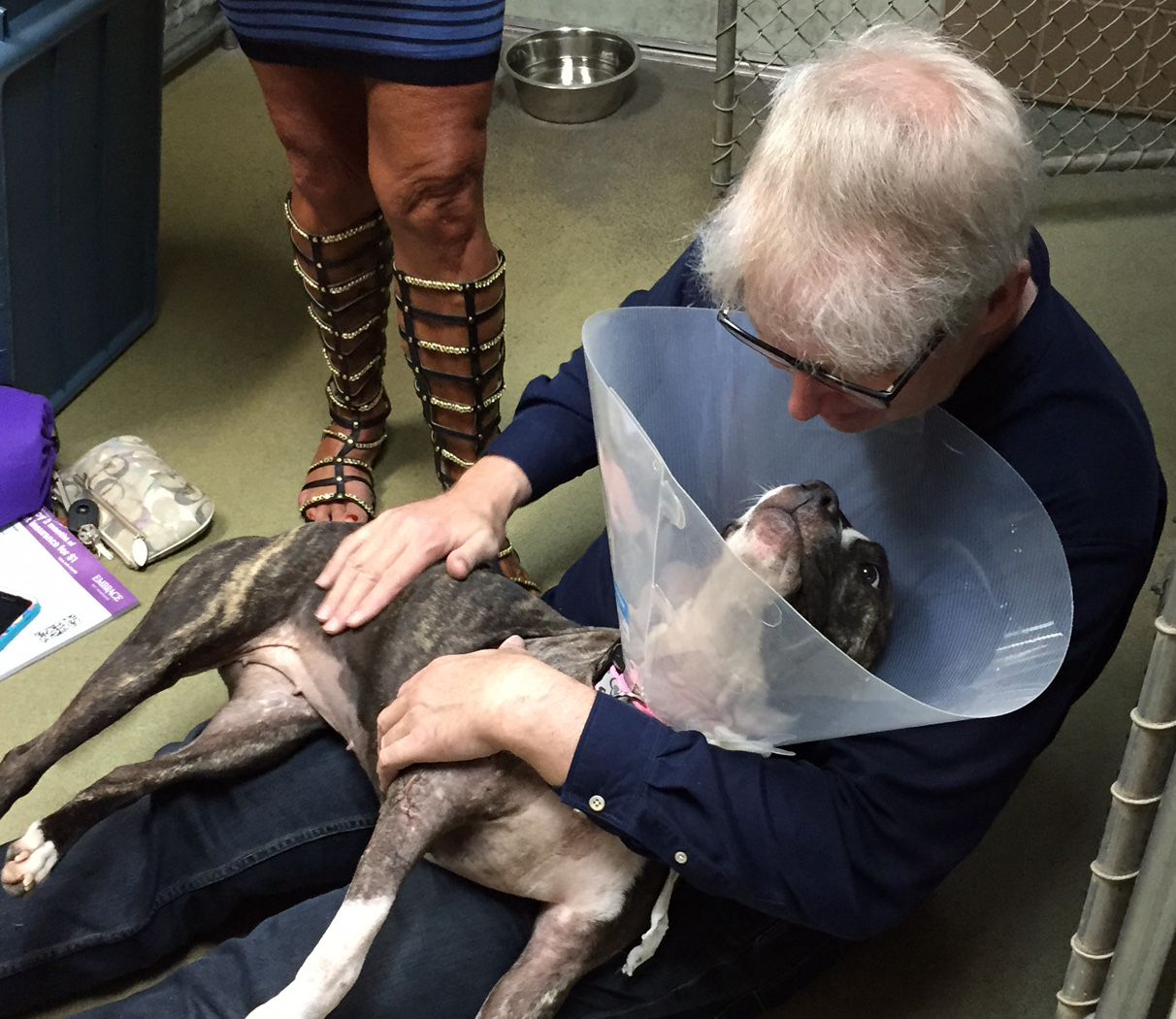 What do you do when you meet a dog who was shot and tied to train tracks by monsters who wanted to see her die? How can you even imagine she could trust a human being ever again? In the case of Cabela, you rub her tummy and accept her loving kisses — which is just what my wife, Teresa, our friend Krystal Durlewanger from Embrace Pet Insurance, and I did on Sunday when we visited the incredible veterinary team working so hard to care for her.

If you haven’t read the story, Cabela was owned by people who are charged with dog-fighting activities, and who are alleged to have shot her because she refused to fight. Despite what couldn’t have been a happy life with them, after she was shot in the woods, she dragged herself to their house again, where they found her bleeding on the porch.

Far from being touched at her devotion, they instead handed her off to two teenagers, who allegedly tied her to the tracks of an active rail line, because they wanted to watch her life taken by an oncoming train.

But God had other plans for Cabela (just as He most likely has a special place waiting for those who tried to kill her), and that act of evil was caught on surveillance video. Not only did the responding police officers save Cabela and carry her bleeding, broken body to Tampa Bay Veterinary Emergency Service (TBVES), but the skilled surgeons there managed to save her life.

Click here to donate to support the great work TBVES does, and Cabela!

When we went into a back ward, Cabela was asleep in a run on top of a big pile of stuffed animals that had been sent to her by pet lovers from around the world. We opened the run door, and she opened her loving eyes, and started wagging her tail. 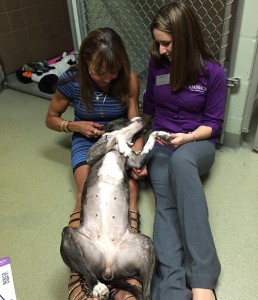 I’m not entirely sure what happened next, because I seemed to have something in my eyes. Teresa, Krystal, and I dropped to the floor, our hands finding the favorite spots on her head and body and she flipped over for us to rub her belly! As promised to my Facebook followers, Teresa and I were both talking to this precious girl, relaying all of the prayers, kind words, warm wishes and love we’d been asked to deliver.

We spent 90 minutes hugging, rubbing, massaging, kissing, talking to, and praying for Cabela. For some reason she loved to give me kisses — and man, oh man, did I lap that up!

TBVES is a special place. While we were there, several people brought in pets (their own or ones they’d found) for treatment. Some had money. Some didn’t. All pets received treatment.

In a run near Cabela’s was Roxie, a dog who was hit by a car, brought in by a Good Samaritan, her broken leg fixed for free by the facility, and who now needs a forever home — like the other pets in their adoption program.

The veterinarian working that day was Dr. Janine Cianciolo,  the same veterinarian who welcomed and worked with Hope, the dolphin born without a tail who was fitted with a prosthetic one and now thrives in a Tampa facility.

We were moved beyond words by what we saw there, and we want to help TBVES raise money to care for the multitude of pets and people who come through their doors in need, and help defray the costs of treating and rehabilitating Cabela. Can I ask you to help them?

Click here to donate to support the great work TBVES does, and Cabela!