Are avocados toxic for pets? 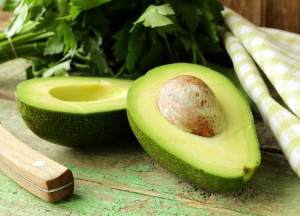 Are avocados toxic to pets? It depends.

A reader wrote saying she hears all the time that avocados are bad for dogs, but her boyfriend’s dog eats them all the time and looks and feels great.

My Pet Connection co-writer and I had heard avocados are toxic for pets, too, so as we started investigating the topic. We learned that while an ingredient in the seed (pit), bark and leaves of an avocado plant contain an oil-soluble toxin called persin, it’s not toxic to dogs and probably isn’t toxic to cats, either. It can kill birds and horses, however.

Here’s more of what we found out:

While avocados might not be toxic to dogs and cats, that big pit could cause an obstruction in the esophagus, stomach or intestinal tract if a pet tries to down it. You don’t want to have to deal with the bill for that emergency surgery. And any food that pets eat in large amounts could cause an upset stomach or diarrhea, especially if it’s something they’re not used to.

So a little bit of plain avocado probably isn’t going to poison your pet — with some important exceptions. Pet birds such as canaries, cockatiels, parakeets and large parrots are highly sensitive to persin, as are horses and cattle, and it can be deadly to them, (board-certified veterinary specialist in emergency critical care and toxicology) Dr. (Justine) Lee says. Never give your bird access to avocados in any form. Eating them can cause breathing difficulty, congestion and liver and kidney failure. Some birds may be saved with rapid treatment, but for many, it’s their final meal.

You can learn more about persin toxicity, as well as how to help your dogs beat the “back to school” blues, and more, in this week’s Pet Connection!