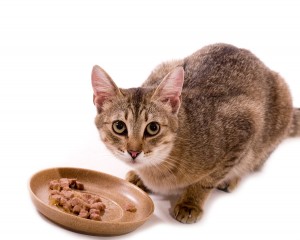 Nothing is certain in life except death and taxes and, increasingly, pet food and treat recalls. There were 33 in 2013. On average, that’s one every 11 days. And between 2008 and 2012, the Food and Drug Administration received more than 2,500 complaints from consumers regarding pet food and livestock feed. The complaints ranged from an animal refusing to eat a food to illness and death associated with eating a particular food.

Food safety issues include microbial hazards — primarily salmonella bacteria; physical hazards, such as glass, metal or plastic found in food; and nutrient imbalances, such as inadequate levels of thiamine in cat food. Toxic levels of animal drugs have also been found in non-medicated animal food, according to the FDA.