Heaven gained another four legged angel last week: Our Miss Quora. Despite taking every measure possible, our family was unable to save her, and she died at the age of 14 after unsuccessful surgery for hemangiosarcoma at Washington State University. The loss of Quora is truly heart-wrenching as she’s a treasured member of the family; […] 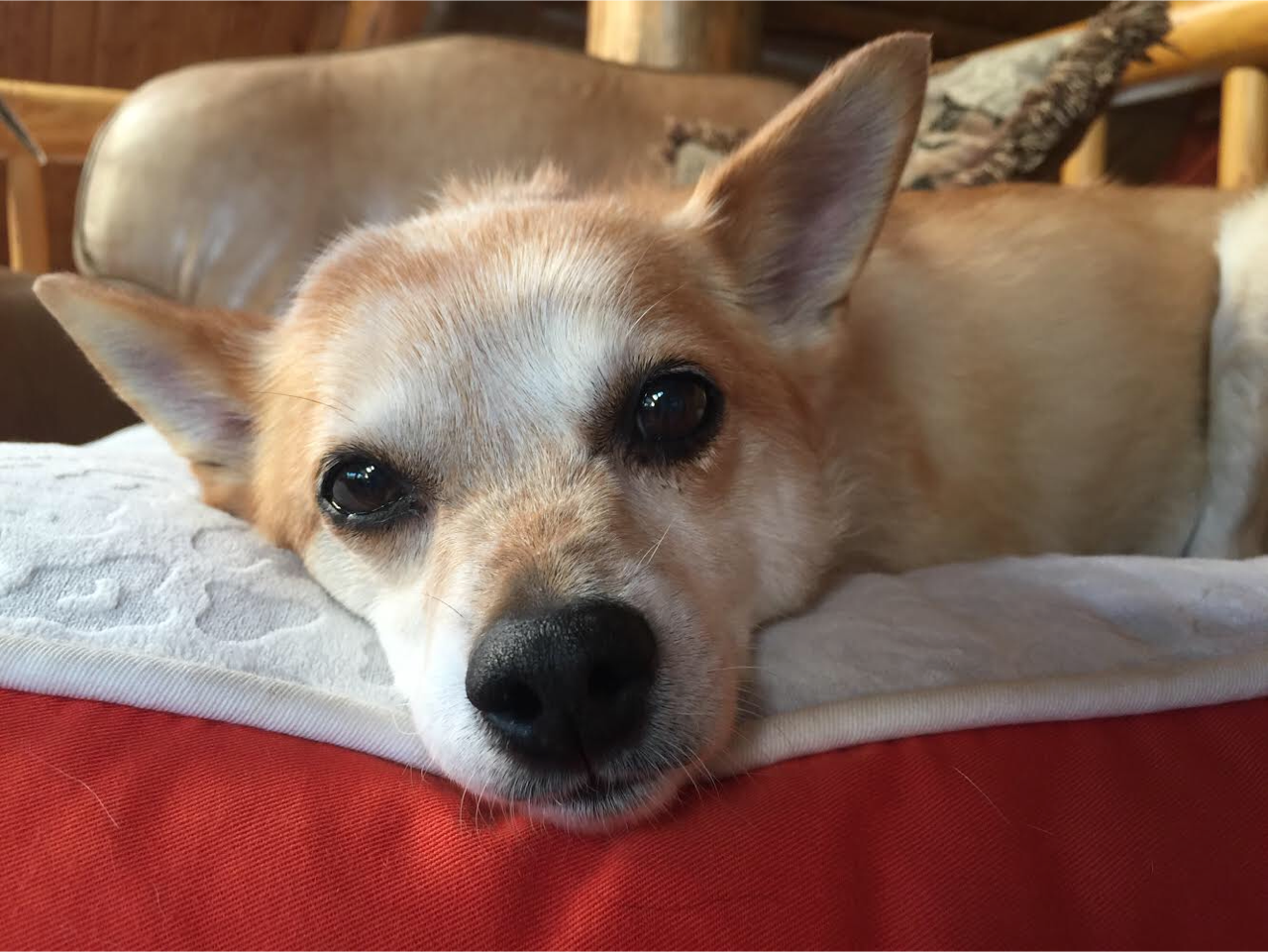 Despite taking every measure possible, our family was unable to save her, and she died at the age of 14 after unsuccessful surgery for hemangiosarcoma at Washington State University.

The loss of Quora is truly heart-wrenching as she’s a treasured member of the family; to me, she’s always been more like a sister than a dog.

Quora was special from the moment we met, and she’s the one who chose us to have as her own in a meeting that was divinely appointed. 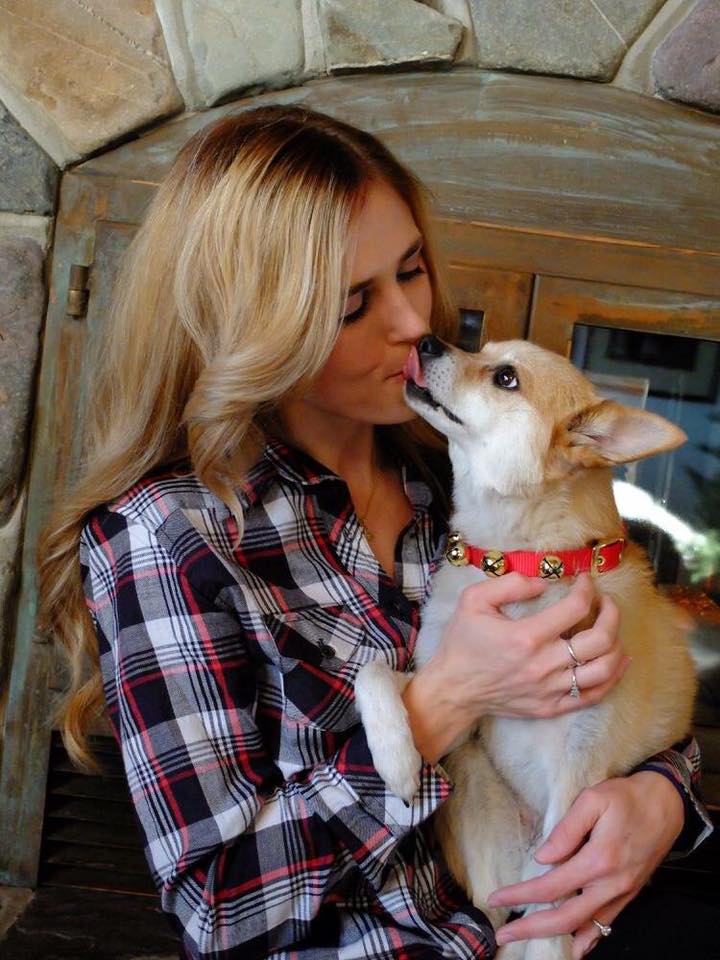 I met her at an adoptathon. As I knelt down to say hi, she crawled up onto my lap, looking up at me adoringly with what my Mom called “tootsie pop” eyes: big, round, bright, and dancing. Then she lifted all of herself gingerly onto my lap as she leaned into my chest to get as close as possible to me.

I was appalled to learn that Quora prior to that day had been living outside in a cage with her siblings for over a year once she and her litter mates grew out of “cute puppy stage” and were replaced by younger pups. It was striking to me hearing that, as here sat the most cuddly dog I’d ever met who literally couldn’t get enough love and physical touch.

In that moment on my lap she chose me, chose my family, as our own. Yes; in that instant I knew she’d picked me and there was no way in hell I could leave her behind. And after hearing her story, I wanted nothing more than to give her all of the love she’d been missing and was so desperate to give to others. I called my Dad and told him that I knew I had found the perfect canine companion for my mom’s dog Quixote. He said, “I trust you, get her, and bring her home!” 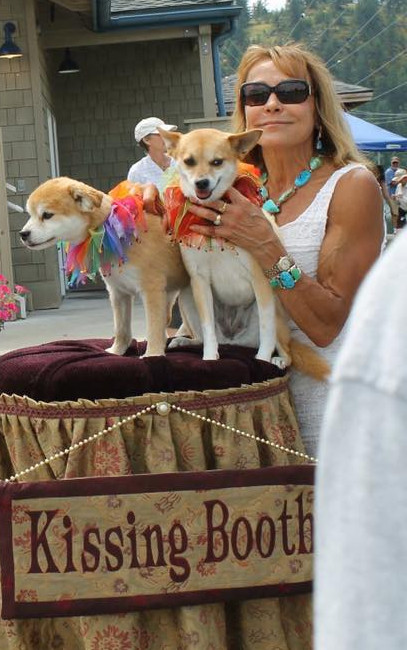 The first day my Mom met Quora was a surprise that my Dad and I planned out. We were at the Davenport Hotel and my Dad met me just before to have the dogs meet. Then we playfully decided that Quora looked so much like Quixote that we actually dressed her up in Quixote’s sweatsuit and did a switch-eroonie, much like the movie The Parent Trap.

We then opened the door to her hotel room while one of us held Quixote. We sent Quora in, and she went running up to say hi to my Mom.

My Mom said, “What did you do to Quixote?! Did you shave him?!” Then Quixote was released and she stood there looking at the two dogs in confusion and then it turned into an uproar of laughing and Mom gladly accepting kisses from her new dog.

The match between Quora and my family couldn’t have been more right.

Quixote and Quora were as in love as an old married couple; him letting her have access to anything she wanted despite him not doing so for any other dog, even letting her share all of his food. They would both bathe each other in kisses repeatedly throughout the day as they’d curl up close together.

Quora was one of those heart dogs who wanted nothing more in life than to snuggle, to be held close (she was a dog who truly loved hugs) and to eat lots of treats; all things she relished and was pampered into doing on a daily basis.

She also had her quirks: like loving shoes and loving to chase!

One day we left her at my Grandma’s house for a quick lunch. When we’d returned she’d packed out every single shoe from Grandma’s closet and carried them into the living room; each pair perfectly laid out in order, the right by the left. That day she was given the name Imelda-Barkos for her shoe fetish. After that she started stealing our family’s shoes and would always stack them side by side, the right by the left in order as if waiting for the person to put them on.

That girl had good taste and only chewed the more expensive pairs, chewing the upper heel out of my dad’s Merrills and the tongue out of my mom’s Sorrells. But mostly she just wanted to take them, admire them, and lie by her cherished possessions that no doubt were a symbol of some of her favorite people. Her most common nickname to celebrate her shoe affection was Shoebacca (like Chewbacca from Star Wars), or for short, just Shoe.

Quora was an infamous wild turkey chaser and bunny herder, never once hurting one, but smiling grandly as she raced after them with her cheetah-like long legs. This was the one reminder she was truly a dog; otherwise she was such a lady, earning her name Miss Quora as she never liked to get dirty like the other dogs did. 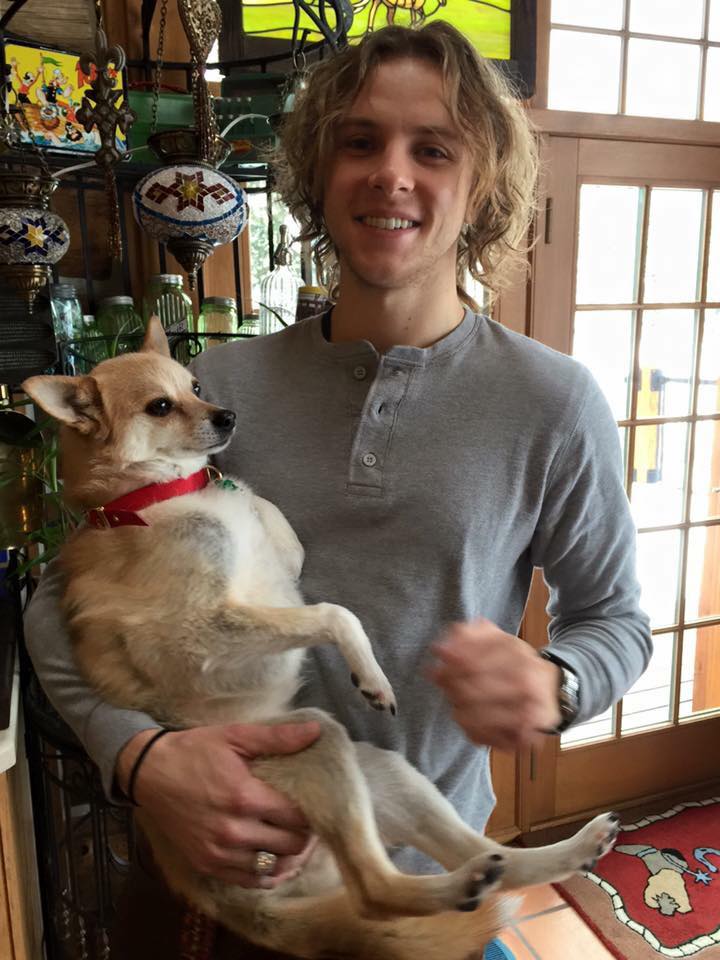 Quora heaped on love to all of my family, and especially Mom who she shadowed everywhere. My brother, Lex, was like her human boyfriend. She looked up at him as if he was a walking jerky treat, and it was rare to not find her on his lap from the moment he came home to visit.

My Dad woke up on Friday morning knowing something was very wrong with Quora, now 14 years old. He rushed her to the vet school at WSU, his alma mater and the nearest veterinary college to us. They performed a transfusion and surgery to remove her spleen, but she barely made it through the surgery and the surgical team did not believe she could survive, even with every possible thing they could have done.

My Dad was there with her alone as my Mom and I were in Arizona when this happened, but he put Quora’s needs first, just like he always does. As he prepared to let her go, he told us he was petting and her and telling her with each pet, “Remember how you always loved to eat… or how you….” 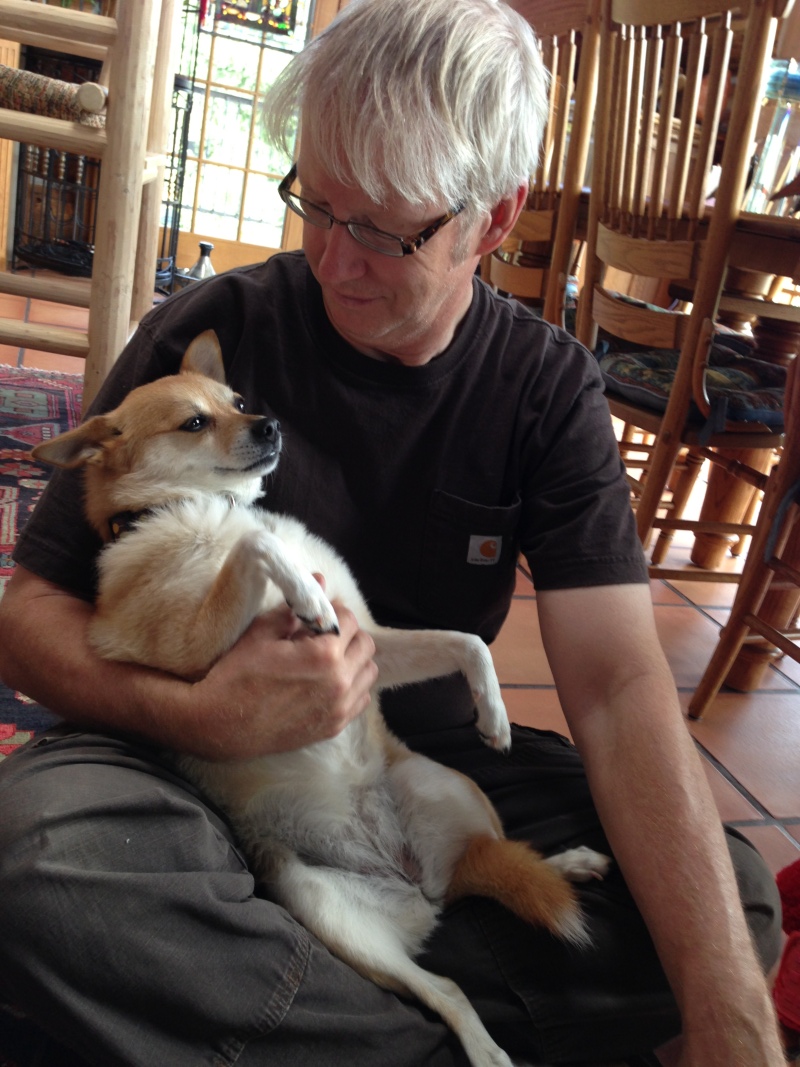 The way he said those things was so eloquent and made me cry hearing them.

Mom and I sat on the bed in Arizona, looking out at the quail and bunnies — mom and a baby — who came up right by our window, eating happily as we reminisced about Quora and laughed and cried.

Dad has always been the one to reassure us, to be strong and to care for us. It hurts me so much to hear about him telling Quora those things in her final moments as he petted her and reminded her how she liked to chase bunnies, how she and Quixote liked to kiss each other all made her, re-telling her life story  from the moment I got her and brought her home, to when he and Mom met her.

He told her what we felt about her, each dog and person, and how we loved her and what she personally meant to each one. He said this as he stroked and examined her; nose to toes, mouth to tail. He recounted stories to her about her life, including how Quixote was so lonely without her and how she came in and made him happy again. He went over her last full day on earth and all the great treats and fun she had that day, how it was as perfect as it could be.

Our entire family is at a huge loss without her steady companionship and unrelenting affection. Quora to me is a symbol of love, God’s love, and she will be so missed.

Last night my dad had a dream that woke him, of her running through tall, wet grass looking back at him repeatedly as she ran.

He wanted to stop her, but his arms felt stuck to his sides as she kept running off into the tall grass. We all think it was Dad getting a glimpse of her passage into heaven, to he rainbow bridge, where she’s now with all the animals we’ve loved and lost who are waiting at heavens gate for us. 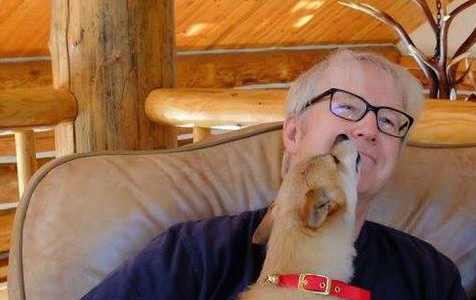 Last night as my Dad said goodbye to Quora it was 5:59. It hasn’t rained in in months, but at exactly 5:59 it started to pour.  Auntie Kate, who was taking care of our other dogs while Dad went to WSU, said she knew it was like heaven was crying in that moment over the loss of our sweet girl.

Until we meet again, may Jesus hold you, Quora. You deserve a special place right in someone’s arms, and until we can do that again, we hold you in our hearts and will never, ever let you go. We love you, Miss Quora Shoe! 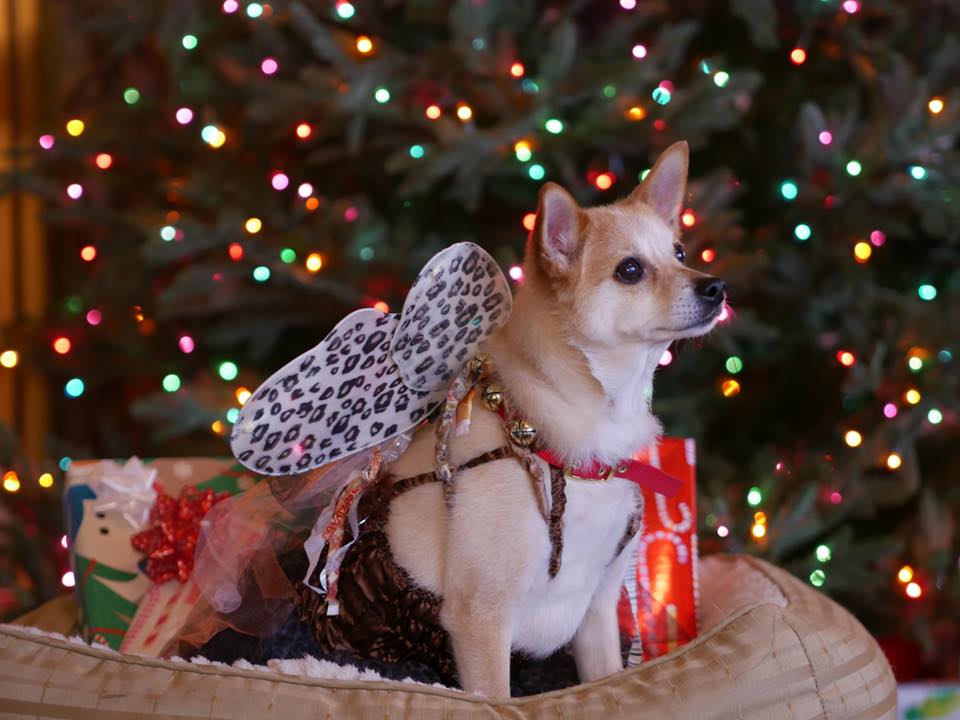