Do you know the difference between byproducts and organ meats in pet food? - Dr. Marty Becker

Do you know the difference between byproducts and organ meats in pet food?

Maybe it’s because I grew up on a farm, but I don’t get it. I’m talking about the aversion to feeding byproducts to our pets. We all want to feed our pets the best. The problem is, most of us have little or no connection to what that means anymore. We buy our meat in […] 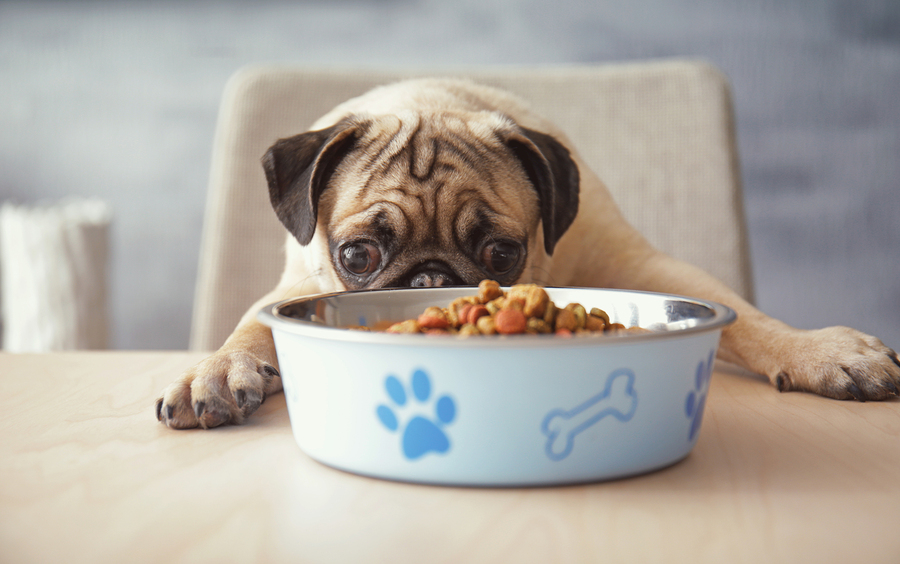 Maybe it’s because I grew up on a farm, but I don’t get it. I’m talking about the aversion to feeding byproducts to our pets.

We all want to feed our pets the best. The problem is, most of us have little or no connection to what that means anymore. We buy our meat in little plastic trays or, worse yet, in the drive-through. Like most Americans, we probably never eat anything more exotic than pepperoni (although you may not want to dig into where that came from). And then we complain about feeding our dogs and cats liver, kidney, and tripe.

Wait, you say… I don’t mind feeding my pets organ meats! It’s byproducts I don’t want to feed them!

As a veterinarian, I know there’s a basic problem here. You think “byproducts” means chicken feathers and beaks, or hoof trimmings (which, by the way, most dogs think is a delicacy beyond compare!), right?

Here’s the legal definition of “meat byproduct” from the Association of American Feed Control Officials (AAFCO):

Meat Byproducts: the non-rendered, clean parts, other than meat, derived from slaughtered mammals. It includes, but is not limited to, lungs, spleen, kidneys, brain, livers, blood, bone, partially de-fatted low temperature fatty tissue and stomachs and intestines freed of their contents. It does not include hair, horns, teeth and hoofs. It shall be suitable for use in animal feed. If it bears a name descriptive of its kind, it must correspond thereto.

To put it another way, meat byproducts are most parts of an animal other than its muscle tissue—including the internal organs and bones.

Byproducts include some of parts that some Americans eat (such as livers, kidneys and tripe), but also parts that they typically do not. Although the USDA does not deem certain byproducts, such as udders and lungs, edible for human consumption, they can be perfectly safe and nutritious for other animals.

As with meat, unless the byproducts are derived from cattle, pigs, sheep or goats, the species must be identified.

That last line means if the source of the meat is anything other than cattle (beef), pigs (pork), sheep (mutton), or goat, the label has to tell you exactly what it is — venison, bison, kangaroo, etc.

What about poultry? Almost exactly the same:

Poultry Byproducts: non-rendered clean parts of carcasses of slaughtered poultry, such as heads, feet and viscera, free from fecal content and foreign matter except in such trace amounts as might occur unavoidably in good factory practice. If the product bears a name descriptive of its kind, it must correspond thereto.”

Similar to meat byproducts, these are parts of the bird that would not be part of a raw, dressed whole carcass, and may include the giblets (heart, gizzard and liver) or other internal organs, as well as heads and feet.

One of the things I find frustrating as a veterinarian is that some people — some great pet owners — tell me they want to feed things like chicken feet, tripe, or organ meat to their pets, but then they also tell me “no byproducts”! Those things are byproducts. And other things, like feathers and beaks, are not.

So please, feed your pets the way you want to. I hope you’re doing that after consulting with your veterinarian and coming up with a feeding plan that works for you, your vet, and your pet, but ultimately it’s your choice.

But don’t make that decision based on a misunderstanding (or stubborn conviction!) about the actual, legal meaning of the term “byproducts” on a pet food label.

And if you really don’t want the hoof trimmings, my dogs say send ’em their way!