When pet owners are blind to blindness - Dr. Marty Becker

When pet owners are blind to blindness

Confession: I’ve had a dog of my own who went blind, probably starting days to weeks before I noticed. What? I’m certainly not a boarded veterinary ophthalmologist, nor am I in one of the best vets in the country, but I’m competent. No, the reason I missed the early signs is that pets are amazing […] 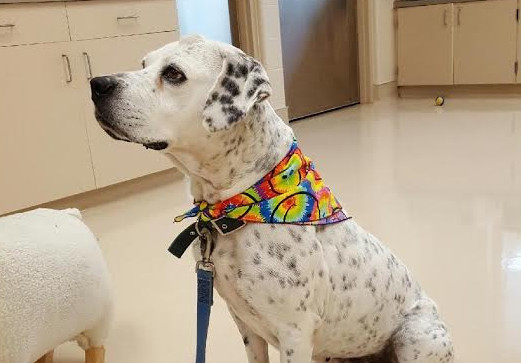 Confession: I’ve had a dog of my own who went blind, probably starting days to weeks before I noticed. What? I’m certainly not a boarded veterinary ophthalmologist, nor am I in one of the best vets in the country, but I’m competent. No, the reason I missed the early signs is that pets are amazing when it comes to staying in routine and masking signs of problems.

The first dog I had who went blind was a 12 year old Miniature Schnauzer named Bode. One Thanksgiving, Bode broke into a trash can filled with the delectable detritus of a monster meal including lots of fat from the roast and ham. Consumption of about a half-gallon of fat caused him to have acute pancreatitis, where dogs can not only have extreme abdominal pain, but go blind.

The lights in his eyes probably went out on Black Friday, but I didn’t notice for about a week. He still scratched to be let outside to potty. Still ran to the gate to bark when UPS arrived at the house. Still ate out of his food dish and drank out of the water fountain. Bode even followed the nightly ritual of treat, outside to potty, and jump into our bed. It was only around December 1 that I knew he was blind.

Dogs know familiar paths in the house and yard (marked with scent and by feel), and every sound in the house has a special meaning. This creak means the treat drawer is opening. Run to it! This drip means it’s bath time. Sneak away. It was only when I held up a piece of hot turkey and Bode was snapping wildly in the air that I literally shrieked, “Oh no! Bode has gone blind!” Then I back-tracked in my mind to “cause and effect.” The fat meal led to pancreatitis that led to blindness. By the way – Miniature Schnauzers are very susceptible to pancreatitis.

More recently, our shelter rescue, Quin’C,  suffered a major seizure and had temporary blindness afterwards. I knew because I tossed a tasty treat his way, and instead of snapping it out of the air like before, it hit him on the bridge of his nose.

In fact, tossing really tasty treats (like pieces of a hot dog) at a dog is one of the ways general veterinary practitioners diagnose blindness. Another is to toss a cotton ball at the face to see if the dogs closes his eyes or does an avoidance move.

Bottom line: If you see your pet having any difficulty finding his way around the house or catching a treat, see your veterinarian immediately. I’ve had some of these cases in my patients turn out to be Canine Cognitive Disorder Syndrome, and others were blind. To paraphrase the old Clairol commercial, “Only your veterinarian knows for sure.”